Shifting Focus to Frequent Feedback: A Hard Look at the Year-End Performance Review

To stay in top form, professional athletes receive constant feedback from their coaching staff and trainers. After each game, match, or meet, their performance is analyzed to see what’s working and what needs improvement. Based on these assessments, necessary adjustments are made along the way. So, what would happen if these coaching sessions were cut to just one per year? How would that impact the athlete’s performance and career trajectory?

The year-end performance review practice that many employers have used since the early 20th century has come under scrutiny in recent years because of its perceived inability to impact employees' year-round performance. That's not to say that companies don't need a performance appraisal system—employees do need feedback—it just means that the "traditional" annual review may not be the optimal 21st-century performance management appraisal tool.

What is “performance management”?

According to a survey of 48,000 employees, managers, and CEOs by the leadership training and research firm, Leadership IQ:

Only 13% of employees and managers, and 6% of CEOs, believe their organization's performance appraisal system is useful.

Only 14% of employees believe their performance appraisal provides relevant and meaningful feedback that would help to motivate them to do better work and position them for success in their careers.

"Too often the performance appraisal program is a perfunctory and thoroughly disliked exercise," according to Leadership IQ's "Performance Appraisal: New Data Reveals Why Employees And Managers Dislike Them." "We spend too much time designing the appraisal form and too little time ensuring that performance ratings honestly reflect actual employee performance and that the feedback is unique and meaningful for each employee. If we're not going to provide honest or meaningful feedback, why even conduct a performance appraisal?"

Business owners concerned about the efficacy of their performance appraisal process have options to consider, in addition to the standard year-end review.

Here, we examine the pros and cons of the traditional year-end performance review, alternative tools and methods recommended by experts, and steps you can take to get the most out of your chosen performance-management system.

The traditional year-end performance review process typically involves a manager discussing an employee’s strengths, weaknesses, and overall work performance during the previous year. It’s also used as a tool to set performance and development goals for the following year. Though it varies by company, many choose to conduct these assessments at the end of their calendar year.

According to the Harvard Business Review’s “The Performance Management Revolution” by Peter Cappelli and Anna Tavis, performance appraisals can be traced to the U.S. military’s “merit rating” system, created during World War I, which identified poor performers for discharge or transfer. By the 1960s, about 90% of U.S. companies were using them to evaluate employees annually. At first, improving performance was a secondary outcome, but a growing shortage of managerial talent in the 1990s prompted companies to start using annual appraisals to develop employees into supervisors and managers into executives.

By the early 2000s, a few U.S. companies began to move away from following the traditional appraisal process.

According to the Harvard Business Review article, “The idea of abandoning the traditional appraisal process—and all that followed from it—seemed heretical.” Still, early-adopter companies such as Adobe, Dell, Microsoft, and IBM replaced annual reviews with more frequent, informal discussions between managers and employees.

This move sparked a wide-scale debate over the year-end performance review and its usefulness in the workplace. Criticisms of the annual performance tool included:

More recently, the 2019 Gartner Performance Management Benchmarking Survey found that 81% of human resources leaders are making changes to their companies’ performance management processes, and some companies have considered eliminating numeric or qualitative labels they use to grade employees or rank them against each other. These leaders recognize the need for the process—they just require another method that works for their organization.

“Even though the traditional methods used to measure performance are flawed, there is definitely value in evaluating employee performance,” according to G&A Partners’ “The value of having a performance evaluation process.” “Performance evaluations have several important uses, serving as an opportunity for managers to let employees know how they are doing, identify areas for improvement, and recognize high-performing employees. In addition, performance reviews are also often used to determine compensation increases.”

Also, it’s become even more critical for employers to maintain a timely, consistent, and complete record of poor performance and infractions that documents the reasoning behind demotions, disciplinary actions, and terminations. Not keeping this record can leave employers open to potential legal action, including wrongful termination and discrimination lawsuits.

So, what are alternatives to the year-end performance review?

Increasingly, employers are choosing to move away from the more formal, traditional annual review process to one that incorporates individualized, ongoing feedback, states G&A Partners' "Alternatives To The Performance Appraisal." This growing trend is often attributed to the generational shift that has been taking place in the workplace over the past several years, characterized by the rise of Millennials and Gen-Z, along with advances in communication technologies.

If the year-end performance review no longer fits your company culture or business model, consider these alternatives, all of which call for a consistent flow of meaningful feedback between managers and employees:

With journaling, employees consciously record their accomplishments, goals, and areas for improvement, as well as questions and concerns. These are shared with managers regularly throughout the year. This method facilitates meaningful performance conversations between managers and employees. In addition, it provides the employer with a record of the employee's performance for the year that they can refer to when it's time to make employment-related decisions. Managers can also journal and share selected comments and suggestions with employees during their discussions.

But, like journaling, coaching sessions are only practical if conducted frequently. "Employees want to do a good job," states Human Resources Today's “Performance Management: 5 Drivers for Success” by Sharlyn Lauby. "Managers should regularly tell employees about their performance—what’s good, what could be improved, and even more importantly, how to evaluate their own work. When employees can evaluate their own performance well, they can set their own goals and begin to become self-learners."

When employees can evaluate their own performance well, they can set their own goals and begin to become self-learners.

These are future-oriented performance discussions during which managers and employees work together to develop goals they'd like to complete in a defined period. The goals should be written as affirmative, first-person actions or "I" statements: "I will do this. I will not do that." This approach allows for setting goals together and creating accountability between the manager and employee, which can strengthen their bond.

The 360-degree feedback method extends beyond the one-on-one manager-employee review to gather performance feedback from the employee's colleagues, the company's customers or clients, and other supervisors, managers, and executives in the organization. The goal is to provide the employee with comprehensive input from different perspectives—including positive feedback and potential areas for improvement. The reports are confidential and presented to the employees by their managers.

Though not considered a traditional one-on-one appraisal method, companies can use employee surveys to learn more about employees' concerns, ideas, and feedback about the organization's processes and culture. When employees feel that their manager or company leaders are actively listening and considering their input, their level of engagement increases.

It's crucial to design a dynamic and effective employee survey strategy—one that provides you with valuable employee feedback, helps you to retain your best employees, and positions your company for success in today's talent wars. For example, your company could use "professional development surveys" to ask employees if they feel they're provided with the proper training and development tools to advance their professional career goals.

The opposite of an "exit interview," a stay interview encourages open and honest communication between employers and managers as a strategy to bolster employee retention, provide a channel for ongoing feedback, and help employees navigate their career pathways. The process involves checking in with your employees at regular intervals to get their input, finding out what they need from you to be successful in their work, and identifying problems before they reach a point of no return.

Denise Macik, Manager of Strategic HR Services for G&A Partners, says a proactive way to collect feedback from your team is to weave "stay" interviews into your company culture.

Outline what you want to achieve with your performance reviews. Some questions to ask yourself:

Consistently and frequently documenting employee performance is a key aspect of performance management. Why? Because it’s much easier to report instances as they happen instead of trying to recall the details one month, six months, or even 12 months later. To plan an effective documentation process, it’s a good idea to consider:

The annual performance appraisal might be your current method of choice, but it’s important to consider analyzing the various available alternatives to determine if a new option better suits your organization. And, if you decide to stick with the annual option, consider adopting features that complement and enhance your preferred process, such as requiring managers to coach employees during the year or conducting employee surveys to get feedback and input.

Step 4: Expand your review process to include employee-development training.

The goal of performance management is to help employees grow and develop their skills and abilities. Expanding your performance review process to provide your employees with relevant training and development opportunities will help increase job satisfaction and engagement and demonstrate that your employee appraisals lead to concrete action and results.

If you don’t have the budget or ability to develop a professional in-house training program, there are affordable online options, such as G&A’s online learning management system (LMS), that can be scaled and adapted to your company’s needs. G&A’s platform offers one-off training or access to nearly 1,500 training courses and allows you to assign and track the progress of professional development across your entire organization.

How to Improve Your Company’s Performance Review Process

The 2019 Gartner survey found that the two main concerns with traditional performance reviews are that the effort is too high (time-consuming, complex) and the usefulness is too low (inaccurate, unmotivating). There is room for improvement in any organization's process.

G&A can build a customized performance review process that ﬁts your company and its culture. Our comprehensive suite of talent management software—including professional development and performance-management tools—can also help you more effectively direct and motivate your employees. 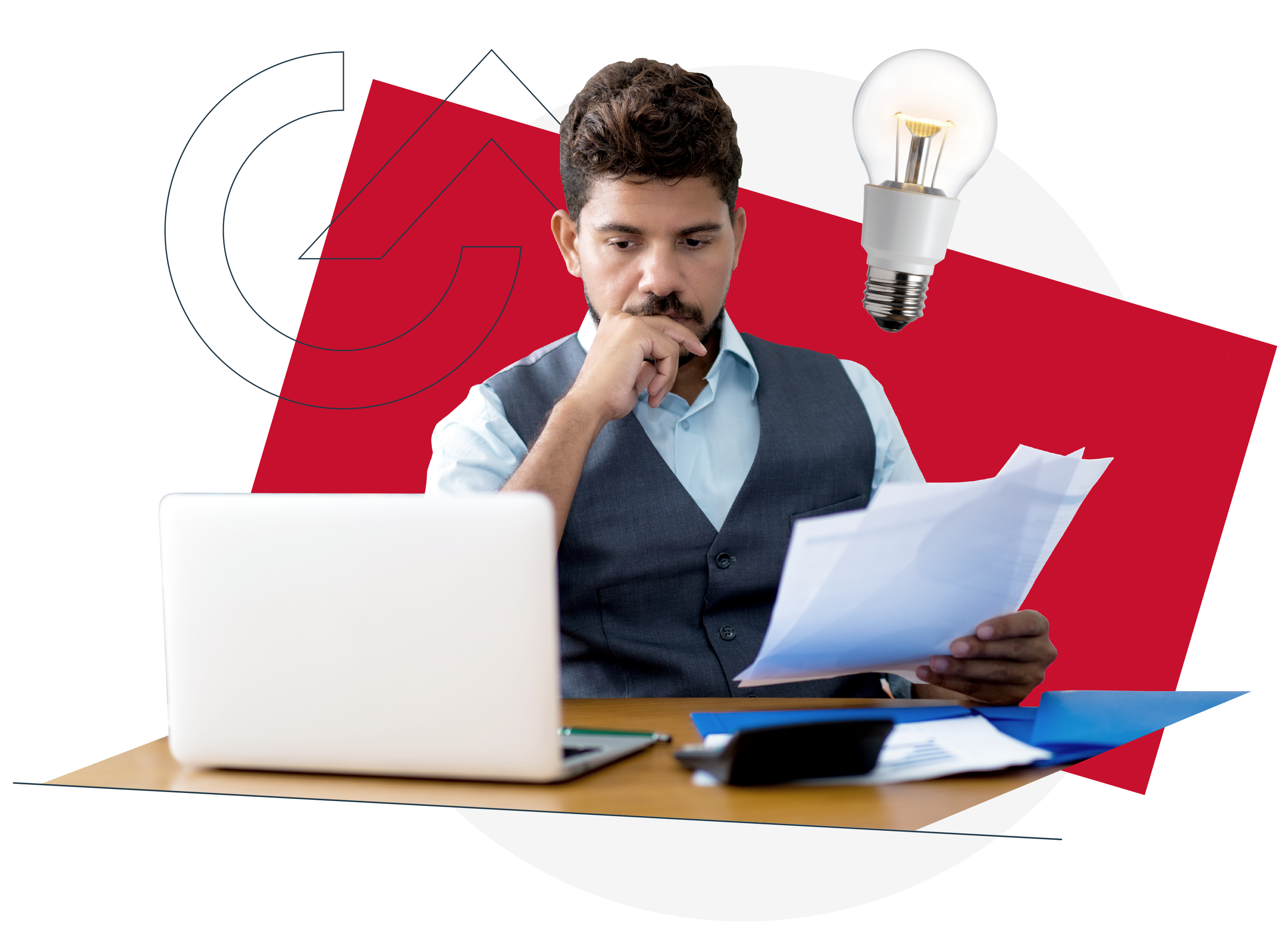 Survey Says! Use Employee Feedback to Strategically Position Your Business for Success in Today’s Talent Wars

How Exit and Stay Interviews Can Improve Employee Retention