Going Beyond Compliance to make DEI the Cornerstone of your Workforce

Workplace diversity, equity, and inclusion (DEI) programs have grown and evolved over the years to be less about compliance and more about impacting real change in company culture. Today, these programs are contributing to the organization’s bottom line and promoting employees’ successes. But without the laws and regulations governing equal rights and outlawing discrimination, it’s unlikely DEI models would exist.

In this article, we review the federal laws that require compliance to assure civil and human rights are met. But just as importantly, we offer recommendations on how to promote a truly exceptional workplace culture that not only enables you to abide by the law but helps you to encourage diversity of ideas and viewpoints at all levels so you can remain an innovative and driving force in the evolving marketplace.

Equal pay for equal work is just the beginning

In 1963, President John F. Kennedy (JFK) signed into law the Equal Pay Act, which made it illegal for employers to pay men and women working in the same place different salaries for similar work. Almost a decade later, in 1972, Title IX of the Educational Amendments expanded the Equal Pay Act to include women working in white-collar executive, professional, and administrative jobs. In 2009, President Barack Obama signed into law the Lilly Ledbetter Fair Pay Act, making it possible to reduce time restrictions on wage-discrimination complaints—meaning discrimination charges can be filed years or even decades after the pay discrimination allegedly occurred.

In the third quarter of 2020, the U.S. Bureau of Labor Statistics reported that women's median earnings overall were 81.7% of the median for men. As an employer, one of your responsibilities is to ensure employees are paid the same wage for the same or similar work, regardless of sex. Keep thorough records of every pay decision and ensure you have a strong anti-discrimination policy in place, as well as a nonretaliatory policy and a user-friendly internal complaint process.

Go beyond: Take a hard look at the leadership in your organization. How many are women? While progress has been made, data shows women are still promoted less often than men to the highest-level jobs. A 2020 “Women in the Workplace” report by McKinsey & Company and LeanIn.org surveyed 317 companies employing more than 12 million people and determined that the issue stems from a “broken rung” on the corporate ladder that starts at the manager level. While the issue is notable in large, publicly traded companies, consider how much more critical it is for small and mid-sized organizations.

Post-COVID-19, the data becomes more concerning. Burnout is real and some groups of women have found it particularly more difficult to cope with changes brought by the pandemic. For example, “mothers are more likely than fathers to worry that their performance is being negatively judged due to their caregiving responsibilities [and] women in senior leadership are more likely than men at the same level to feel as though they are 'always on,’” the report found.

To help stem the flow of this important talent from leaving the workforce, you can:

A year after the Equal Pay Act was signed into law, Title VII of the Civil Rights Act of 1964 was passed. It prohibited employers from discriminating against employees on the basis of race, color, religion, sex, and national origin. The law has been amended several times since then to incorporate several more marginalized groups such as older Americans in 1975 with the Age Discrimination Act, and pregnant women in 1978 with the Pregnancy Discrimination Act, which helped to strengthen protections for pregnant workers by prohibiting discrimination on the basis of pregnancy, childbirth, or related medical conditions.

The Civil Rights Act of 1991 provided plaintiffs with the right to trial by jury and, if they could prove discrimination, were allowed to sue defendants for damages caused by emotional distress. Victims were also now able to sue for sexual discrimination and harassment.

Employers should note that on June 15, 2020, the Supreme Court ruled in a landmark decision that the word “sex” in Title VII of the Civil Rights Act includes gay and transgender employees who are therefore also protected from discrimination in the workplace.

Go beyond: No employer wants to fight a discrimination lawsuit or face accusations of sexual harassment or other misconduct. The cost of fighting or settling such a case can be astronomical, not to mention that your brand (and business) can take a major hit. To help encourage a culture of safety and inclusion, and to prevent misconduct, you can take the following steps:

Five generations are now present in the workforce at the same time. While these generations do have some commonalities there can be significant differences, which can lead to grievances that you may be forced to confront head-on. Use this as an opportunity to remind everyone in your organization about:

Go beyond: There are many ways to reap the rewards of hiring a diverse team that spans generations and abilities. Consider promoting healthy lifestyles by building an inclusive health program and developing a mentorship program. Encouraging mentorships can serve your business well in many ways, especially across generations. It’s a great confidence booster and an inexpensive way to improve your team’s performance while preserving valuable knowledge and skills.

It goes without saying that all employees should be treated with respect and dignity. You must be vigilant about adhering to laws that protect individuals from discrimination and harassment and also pay attention to attrition percentages and red flags that could indicate you have a bully or bad manager in your organization.

That’s why it is critical to foster a “culture of belonging” in your organization, says Kristi Arcurie, a client advocate at G&A Partners. She and four other G&A panelists presented a webinar in February 2021 that discussed how to build a disability-inclusive workplace, starting with recruiting and then hiring and managing individuals with disabilities or different abilities.

According to the Centers for Disease Control and Prevention (CDC), 61 million adults—one in four people—in the U.S. live with some type of disability. That’s a lot of perfectly qualified individuals who can bring their talent and expertise to your organization if you provide reasonable accommodations for them to do so. These accommodations need not strain your budget or disrupt your office, either. The Job Accommodation Network (JAN) provides a toolkit with a number of creative and simple solutions that can be applied to make your workplace more inclusive.

Go beyond: Support American military families by hiring veterans, Reservists, and National Guardsmen and women. Organizations large and small from every industry can enjoy a number of benefits that come from hiring military personnel and veterans. Among them are tax credits to employers who hire and retain military service members and veterans—many of whom are also eligible for a variety of programs that could contribute to their personal and professional development and their ability to relocate or retrain.

Reap the rewards of a diverse, valued workforce

Studies have shown that organizations that embrace diversity and provide equitable and inclusive environments for their employees to thrive reap many benefits such as:

“With an increase in a variety of skills and experiences comes an increase in creativity,” says Lucy Garcia, a G&A Partners client advocate. “This creates the ability to have a more diverse set of solutions to specific challenges and the innovation to improve, add onto, and change products and services nimbly as needed. It will have a widespread impact on employee engagement, decreased turnover, and increased company profits.”

G&A Partners is a leading professional employer organization that offers world-class HR services and a team of experts who can help you navigate employment issues and initiatives such as diversity, equity, and inclusion. Schedule a consultation with one of our knowledgeable business advisors to learn more. 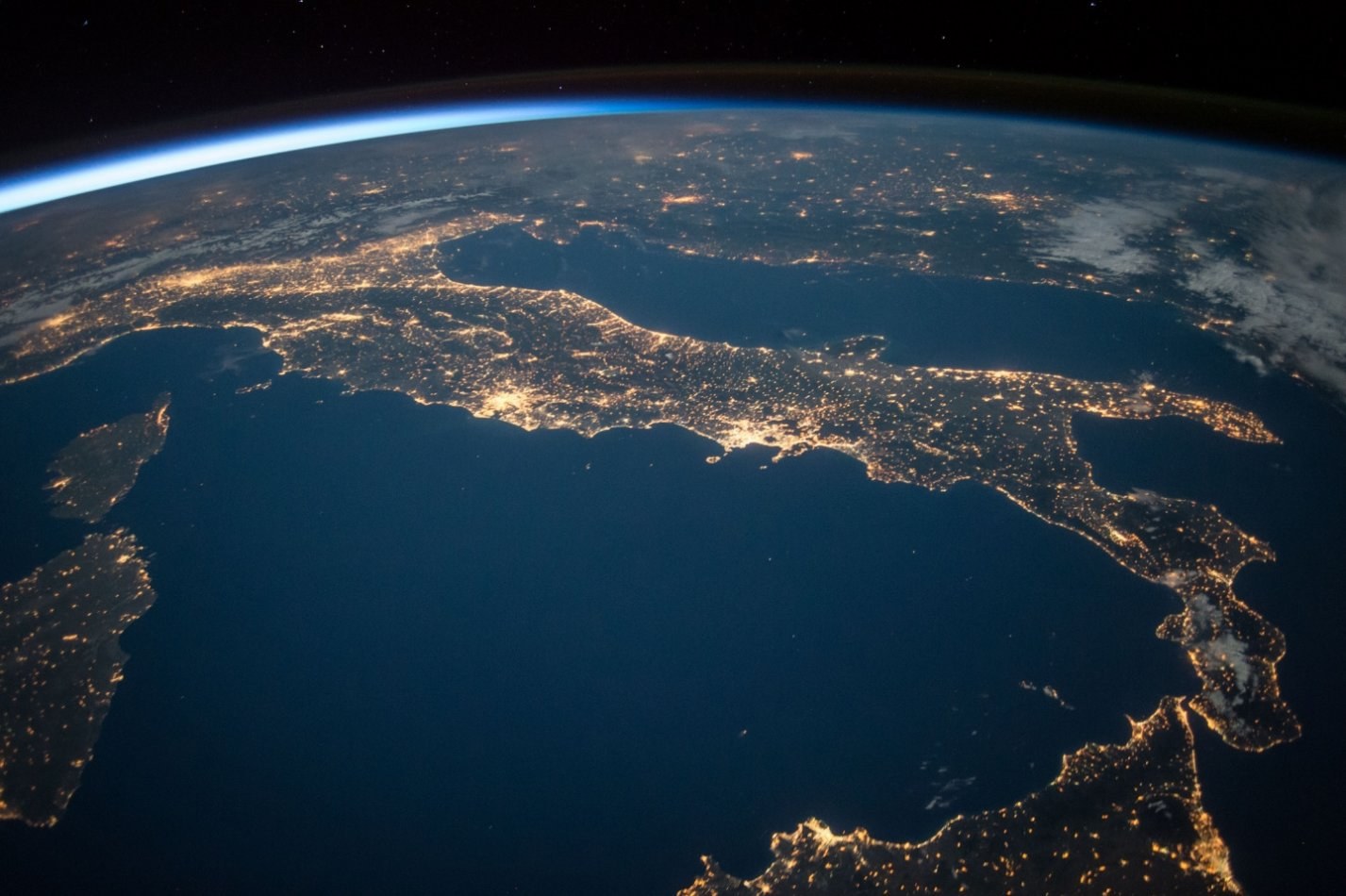 Bridge Generation Gaps in Your Workplace

Learn more about managing, empowering, and getting the most out of your employees—from the Silent Generation through to Gen Alpha.